Harri Jones is no ordinary 22-year-old; he is one of the most exciting young drivers in Australian motorsport. Carlie Wacker meets the local lad determined to do whatever it takes to be a World Champion.

If you need any motivation to follow your dreams, then come on a journey with me as we get to know Australian Racing Driver Harri Jones.

Not many race car drivers start on two wheels, but this was the case for Harri. His competitive nature and sporting skills saw him compete at an elite level in Downhill Mountain Biking until a few close calls with injuries forced him to reassess his future.

It was at the age of fifteen that Harri’s racing career pivoted from mountain bikes to motor vehicles in what can only be considered a gutsy move. I say that because young motor racers usually move up the ranks in the karting world. Not Harri Jones, this extraordinary young man went straight into the Queensland Formula Ford Cup to finish second and cement his name as one the most promising emerging stars in the field.

To get behind the wheel of these powerful vehicles requires skill, determination and a pure love of adrenalin sports.

As stepmother to two boys who raced motorcycles as teenagers and young men, I totally get it, but Harri describes it best: “Racing is my passion,” he explains. “It gives me purpose and drives me every day to be my best. As a driver, I love close quarter battles on track and the feeling of gratification after achieving my goals.

“I also love that racing enables me to connect, learn off and work with some incredible people with an array of skillsets. But if there is one thing I love most, it’s the feeling I get when I arrive at the track, because I know every day, no matter how it goes on track, I’ll learn something new, push myself and be surrounded by people who inspire me.”

Off the track, Harri is studying a Bachelor of Mechanical Engineering at the University of Queensland (where he maintains a top GPA). He is the first motorsport athlete at the university to be awarded the prestigious UQ Blue award, which recognises outstanding sporting achievements.

Harri is also a well-established Driver Development Coach in Australian Motorsport and an Ambassador for his home-town of the Sunshine Coast. Can he be any more inspiring?

In his first year of racing in this new category, Harri went on to win the Porsche Michelin Sprint Challenge title, which earned him a spot in the 2020 Carrera Cup – the most elite level of Porsche racing in Australia.

“My Porsche Sprint Challenge title victory in 2019 is the best one yet,” he said. “It was a mighty team effort and during that year I felt like something clicked. Looking back, I think that year really shaped me as a driver.”

With a hold on racing during the peak of the pandemic it wasn’t until 2021 that competition recommenced. This hard-working driver spent the time off fine tuning his driving skills in preparation to take out third place overall in the championship.

He scored five race podiums and a breakthrough race win along the way. Proof that dreams don’t work unless you do – and Harri’s dream run continues.

This year Harri is excited to kick off the 2022 Porsche Carrera Cup season at the Melbourne Grand Prix and recently announced a new naming rights partner in Queensland-based company Hastings Deering. He also has the backing of many local businesses including major sponsor MacKellar Group, along with Bakslap, Athletic Republic, Cricks Nambour and Caloundra City Autos.

The future looks bright for Harri Jones. “Last year showed me what I was capable of,” said Harri. “We’ve positioned ourselves perfectly for a full-blown championship attack in 2022. Bring it on!”

Harri will campaign in the 2022 Porsche Paynter Dixon Carrera Cup in the new 992 Generation Cup Car alongside 31 other drivers, making it the largest and most competitive grid in Australian Carrera Cup history. You read it here first Sunshine Coast – this is the next big name in Australian Motorsport. Harri Jones, we are with you all the way. 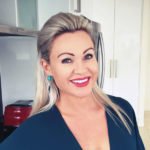 The Perfect Fit at FS8 Much like fashion, exercis

The Boys Social Club is a place to sweat, grow and

COOL KNITS for your post Winter dips! We love th

"I have enough jewellery" - said no-one ever! Ou

Our magazine is dedicated to supporting the local