When we hear the word ‘organic’, most of us instantly think of the health benefits we’ll gain by eating more nutrient-rich foods, free of herbicides and pesticides. Matt Golinski discovers the flow-on effects of supporting the organic industry run far deeper than our own wellbeing.

There’s often an argument that organic food is too expensive. Sometimes we need to stop and ask ourselves why processed food is so cheap, and what the true cost of that is on our health and our world.

Here’s a few things to consider when understanding the broader benefits of organic food:

– Most farmers who choose to grow organically understand the importance of biodiversity on their land, so rather than large amounts of a single crop, they are more likely to plant smaller amounts of different crops, which creates healthier soil, eliminating the need for chemical fertilisers which normally run off into our waterways and end up in our oceans, affecting our precious marine life.

– Biodiversity makes crops less susceptible to pests, which means less pesticides in the environment. Pesticides don’t just kill pests, they kill birds, frogs, bees and all the good insects we need to support a healthy, balanced ecosystem. They also end up in our groundwater, which doesn’t just affect us, it also affects every animal and plant that comes into contact with that water.

– The farm workers who are in direct contact with crops which use chemical fertilisers and pesticides are far more likely to develop illnesses like cancer and respiratory diseases. Especially in developing countries where their use is poorly regulated.

– Modern conventional farming uses more petrol than any other industry, and more energy is used to produce synthetic fertilisers than it takes to till, cultivate and harvest the crops it produces. Both of these factors are huge contributors to global warming.

– More often than not, organic produce is sold close to its source, reducing its food miles, and often reducing the packaging it requires to travel.

And if that’s not enough to convince you it’s worth buying organic, there’s the fact that organically grown food tastes so much better!

It’s far more likely to be picked when its ready, instead of weeks early and then force-ripened for the seller’s convenience.

If you are convinced, you’ll need an organic grocer you can trust. Someone who has experience and integrity and whose eyes and smile are all the proof you need that living this type of lifestyle really pays off.

Uwe Wullfen, owner and operator of Greensmith Grocers Birtinya, has spent the past 28 years building connections in the industry (including most recently seven years as owner of Bioshop at Belmondos in Noosa), and brings a wealth of knowledge about the products he stocks, their benefits, and the people behind them.

From choosing the right apple to make the perfect tart tatin, to which probiotic is going to be best to improve your gut health, Uwe will guide you in the right direction, and before you know it, you’ll be thinking of him more as a friend than as your grocer.

His business partner, Jess Holdsworth shares his passion for good food, good health and personalised customer service. The pair became friends through Jess supplying her organic spice range to Uwe while he was at Belmondos, and when the opportunity arose to set up Greensmith, they knew they were on the same wavelength when it came to how they wanted to run a business.

By giving their customers a unique shopping experience, and arming them with the information they need to reach their health goals, they are quickly setting themselves apart from other more mainstream providores.

Not only have the team sourced the best certified organic food but the range of cosmetics, health supplements and cleaning products is comprehensive and impressive.

Popular ‘market nights’ where they invite their suppliers to come and introduce themselves and their products to customers speak to their commitment to connect consumer and producer and support local.

Sign up as a VIP member for free and enjoy exclusive discounts and specials, membership nights and tastings as well as points that convert to store credit.

In a part of the coast where health workers and sportspeople make up a large part of the population, and wellbeing is a priority, it’s not surprising that since opening in November last year, Greensmith Grocers has become the go-to shop for so many in the area, as well as a lot of shoppers who are more than happy to travel to access their great products, knowledge and service. The Baker, The Patissier and the Cook 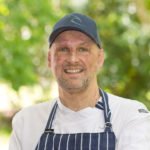