The Arts What's On Current Issue

Before the sun sinks below the horizon and vibrant delights illuminate the shadows, Horizon Festival’s Wonderland Spiegeltent becomes a creative playground for our little makers and spectators!

Every morning from 26 August to 4 September, kids and their keepers commandeer the Horizon Festival hub with imagination, self-expression and a sprinkle of chaos.

During Family Hours from 9am to 12pm, the Wonderland Spiegeltent Garden blooms – a space thoughtfully curated for the Coast’s little artists to have a laugh and dirty their fingernails.

Free, self-guided arts and craftery abound with creative workshops and activities! Create a coastal collage in a self-guided activity designed by The Butiner or get messy making clay animal figurines! Colour, make music, or just chill out in the reading nook, thanks to New Dreaming Art, King Street Music School, and Sunshine Coast Libraries.

A new short animation of Guyu and friend Mr Pelican, narrated by author and illustrator Aunty Hope, will play on a loop. Afterwards, grab a Kabi-Kabi language activity book and a copy of Aunty Hope’s beautifully illustrated story!

Decorative Ornaments with Art for Earthlings

Outside Family Hours, this garden of paint, glue and beanbags transforms into a tent full of circus, music and comedy. The Wonderland Spiegeltent Kid’s Program is packed with performances and activities to make little people and their big people laugh, dance, sing and learn!

Audiences young and young at heart will be all smiles enjoying the spell-binding magic of Circus Wonderland! Embark on A Neverland Adventure bringing the fantasy world of Peter Pan, Tinkerbell and the Pirates to life with a fun-filled, enchanting and high-intensity circus of astounding feats and hilarious antics!

Everybody Roar! The Best of Justine Clarke

Justine Clarke and her band bring all the favourites to this special set as she invites you to join in the fun and sing and dance along with her. Having recently released her “best of” CD Everybody Roar, she’ll sing her way through classics like Watermelon, I Like to Sing and Dinosaur Roar as well as new hits like Everywhere’s a Dancefloor and A Banana Is A Banana.

Joined by Sydney’s finest musicians, Zoe Hauptmann on double bass, Evan Manell on drums and Cameron Bruce on keyboards, the opportunity to hear and see this band play all the favourites live and up close is not to be missed.

School of Rock meets Beastie Boys and the Spice Girls in this rebellious party playlist!

Award-winning group Babushka have cooked up their first-ever show especially for kids aged five and over. This feisty trio wants to break rules, sing killer tunes and show the next generation how to be rascals, radicals and ratbags.

Beasties young and old are invited to this punk-rocking celebration of musical ground breakers and game changers over the past 50 years, from The Ramones and Queen to Lizzo and P!nk. So, spike your mohawk and fight for your right to party!

HOLY BIN AMOLEY! is a comedy sketch show brought to you by three ridiculous, bin-loving sillies. Meet bin-vestigators catching out non-recycling nannies, boogie with the bin chickens, witness the world’s first Bin Doggy Show, and so much more!

This show is the ultimate guide on how to become your best bin self! It’s a show for the whole family with a focus on working out where each piece of rubbish should go and what happens to it next. The Art for Earthlings theatre collective use clown-based comedy, musical interludes and a wide range of colourful, charismatic characters to keep the audience engaged and laughing throughout. They aim to form good habits with the next generation of recyclers through fun and laughter.

With a focus on adventurous, creative, risky play, Wildlings Forest School will take young people (and their adults) on a journey through flower art, raft-building, clay play and paint. 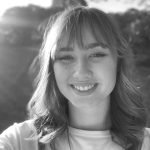