March 2021
Pass the Condiments, a Musical Tribute to a Domestic Goddess

It is a love letter to Australian ingenuity and chicken soup for the soul, enthuses Helen Flanagan, as she rattles the pots and pans for the exciting stage production of Margaret Fulton The Musical.

Cookery is after all one of the creative arts and one by which we can all express our individuality.” The words of Margaret Fulton resonate today in homes and restaurants around the world, and The Complete Margaret Fulton Cookbook which sold over 1.5 million copies, was just one of her many ‘food bibles’. She was Australia’s original celebrity chef, domestic goddess and cookery doyenne providing culinary advice to generations.

Based on the best-selling autobiography I Sang for My Supper: Memories of a Food Writer, Margaret Fulton The Musical, brings her inspiring true story to the stage. She is observed as a trailblazer who ironically, led women out of their kitchens and into the workforce. The story tracks Fulton’s rise to prominence in mid-20th century, through a combination of verve and luck, culminating in the publication of her hugely successful cookbooks. Helping to broaden the concept of an Australian cuisine at a time when the White Australia Policy was still in place, her career is a significant landmark, many still hold dear today.

The musical’s producers, Jally Entertainment’s John Bailey and Alli Pope-Bailey are locals who have been producing live theatre since 2003 and formed a professional touring company in 2008. Alli says they “have been living the dream ever since.”

“We were approached a few years ago by the production’s composer, Yuri Worontscak, accomplished in his own right and currently working with Shaun Micallef’s Mad as Hell, to look at the script and show footage for consideration,” she said. “We were busy touring with other productions at the time and could not imagine a production about the first lady of Australian cooking holding much weight for a tour. Boy, was I wrong!

“We read the script. It was clever and beautifully constructed by Doug MacLeod (Full Frontal, Fast Forward, Sea Change) and I could not stop thinking of the possibilities, especially in the regional areas with a CWA, and a culture supportive of iconic characters such as Margaret Fulton. The musical score is divine too, all written specially for this charmingly quirky musical.”

Interestingly when Alli pitched the production at a touring showcase in Adelaide in 2019, the first thing she asked the audience was “put up your hand if you own a Margaret Fulton cookbook” and every hand went up!

“I immediately knew the show had legs and proceeded to plan a tour of Australia for 2020, opening at The Arts Centre in Melbourne for a week, which of course did not happen,” she said.

“During the lockdown, we reworked the schedule for 2021 and have our fingers crossed with 83 performances planned, starting on 13 March at The Events Centre in Caloundra.”

Auditions began in late 2019 with more than 100 applications, all of them very accomplished performers. It was narrowed down to 50, with 25 for call-backs and finally the cast, all triple-threat singers, dancers and actors; all Queenslanders. It is undoubtedly the recipe for success. Seasoned of course.

Margaret, whose recipes revolutionised Australia’s palate from meat and three veg to the flavours of the world, died aged 94 in 2019. She did get to see an earlier production of the show, but Alli wishes she could’ve seen theirs.

“I heard she was thrilled her life story made it to the stage,” Alli said. “Her daughter and granddaughters are immensely proud and totally supportive of the production. We hope they see one of our touring shows.”

The playful life-affirming show has heart and soul and there is a deft transition from comedy to pathos, as it charts Margaret Fulton’s rise from home cook to a household name in the swinging sixties. It celebrates Australia’s coming of age through the lens of a trailblazing woman of the world. Spice up your life, sing and dance your way to the kitchen!

Hello Sunshine Magazine has a double pass for Saturday 13 March, 7.30pm!
To go in the draw, subscribe to our free e-newsletter by 10 March. Visit our Win Page Here 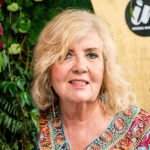