With Brisbane being awarded the 2032 Olympic Games, fast Rail to Brisbane is needed more than ever, as Jennifer Swaine explains.

I first visited the Sunshine Coast in 1996 as my parents had decided the beautiful Sunshine Coast was where they wanted to retire. My husband and I were completely taken with the beauty of the region with its breathtaking beaches, magical hinterland, and many small bustling, bespoke villages, each within an easy drive of each other. I could not believe that this piece of paradise had somehow escaped my attention.

We were about to be new parents for the first time, and as much as relocating to the Sunshine Coast had appeal for us, the lack of infrastructure and career opportunities were reasons of concern.

Investment in infrastructure and population growth go hand-in-hand. To justify additional transportation services, bigger hospitals, more schools and shops you need the people who will both use these facilities and be employed by them. And in order to attract talent to the region you must offer compelling reasons for them to choose your region over another. It’s a balancing act that is far from easy to get right.

Fast forward 25 years and much has changed. There are many people across this region who have taken risks, put skin in the game and who have had the foresight to see a future for the region we could have only imaged a quarter of a century ago.

In recent years we have seen significant changes across the coast as major infrastructure projects such as the Sunshine Coast University Hospital, the expansion of the Sunshine Coast Airport and the development of the Maroochydore CBD all taking shape or being completed.

And a few short months ago, Brisbane was unveiled as the host city for the 2032 Olympic Games which is likely to fast track a number of infrastructure projects earmarked for the region.

Much like the past 25 years, the next 10 years will disappear with the blink of an eye and there is significant work that needs to be done, especially with regard to transport.

Getting people from Brisbane to the Sunshine Coast in under an hour is now a necessity for those who live and work in the region and will be vital if we are to easily transport people between the two city centres for the Olympics.

Ted O’Brien, Federal Member for Fairfax and the Prime Minister’s representative on the South East Queensland 2032 Olympic bid committee, has been a staunch advocate for fast/heavy rail and says connecting the new CBD to Brisbane is more important than ever.

“I have been advocating for heavy rail between the Sunshine Coast and Brisbane for many years now and have more than 6,000 registered supporters who have put their name to the campaign,” Mr O’Brien said.

“We must not stop championing this cause because heavy rail connecting the coastal strip to Brisbane is the most important piece of the puzzle when it comes to our future infrastructure needs.

“Indeed, the success of our 2032 Olympic bid gives the project added impetus. If preliminary basketball is confirmed for the Maroochydore CBD in 2032, it strengthens the case for heavy rail to transport thousands of fans to and from the Sunshine Coast.”

And it’s not just Ted O’Brien who is advocating for the fast rail to be completed as soon as possible. Walker Corporation Project Director, Murray McCarthy said, “Walker Corporation was chosen to develop the Priority Development Area of the Maroochydore City Centre (MCC) because of our placemaking and masterplanning experience. Our vision is big and bold for the people of the Sunshine Coast to have a world-class CBD.

“As we work together with our partners Sunshine Coast Council and SunCentral to bring that vision to reality, and truly activate the new CBD, we must fast-track the delivery of commuter rail connectivity between Brisbane and the MCC. Staged delivery to suburbs before the MCC simply won’t work, and we need to ensure the CAMCOS corridor is used in its entirety for the purpose it was preserved for.”

During the 2032 Olympic Games, the Sunshine Coast is expected to become home to four key venues and a number of sporting events, including basketball, marathon, football, mountain biking and kiteboarding. Being able to easily transport people between Brisbane and the Sunshine coast will be essential to the successful delivery of the games.

“The fast rail will also be a vital piece of legacy infrastructure which connects the Sunshine Coast to the 2032 Brisbane Olympic Games,” Mr McCarthy said.

“Fast commuter rail will take people seamlessly from the heart of the host city all the way into the Maroochydore City Centre and onto the Sunshine Coast Airport. After the games, it will serve as a commuter connection to Brisbane and back, taking tens of thousands of cars off the freeway,” Mr McCarthy said.

The four Olympic venues proposed for the Sunshine Coast are the Olympic Village, which will be located in the heart of the MCC, The Mountain Bike Centre at Parklands, Alexandra Headland which will be used as the staging area for road-based events such as cycling, marathon and race walks, and the Kawana Precinct including the Sunshine Coast Stadium.

The MCC is soon to be the heart of the Sunshine Coast and it is important to note that the MCC development scheme incorporates a range of public transport options including heavy rail, mass transit and buses, in addition to active transport options and the Walker Corporation is supportive of the delivery of all modes of sustainable transport into the MCC.

It is important for the continued growth and prosperity of our region to get people quickly between Brisbane and the Sunshine Coast and while we need the fast/heavy rail project to move ahead quickly we must not neglect the fact that we still need to find workable solutions for getting people around the coast once they are here. It is no longer a case of “build it and they will come” – the people are already here, and solutions are needed now. Where the Wildflowers Grow 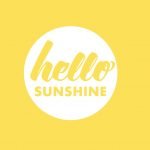 About the Author / Hello Sunshine