When three mates decided to bring Asian street food to a tired precinct, they had no idea of the tasty tidal wave they were about to unleash. Deb Caruso tracks the Rice Boi journey that spawned a trilogy – and then some.

When Tony Kelly, Mitch Smith and Elyza Molloy decided to open Rice Boi at The Wharf Mooloolaba nearly five years ago, they hadn’t anticipated that it would start a dining revolution, return the precinct to its former glory and spawn some of the Sunshine Coast’s hottest restaurants.

The trio had been working together for almost a decade ago when they cooked up the idea: Tony, a former chef turned restaurateur who had built a reputation for opening successful restaurants in the least likely of places; Mitch, a chef with a knack for fusing Asian flavours to create the most addictive combinations; and Elyza, with a corporate hospitality background working for Hyatt; on Super Yachts and Managing Bedarra Island.

Elyza said it had been the wildest ride. “We got together and thought, let’s open a tiny restaurant in a tired old space. It was nerve wracking signing the lease but opening week was mind blowing,” she said. “Rice Boi has become an icon. We’re still doing 8,000 people a week. The lines formed in the early days and we took on more space and here we are with a 500-seat restaurant and people still line up. We were taken back by the support then and we still are.”

The first dishes were served in 2017 at Rice Boi with the trio also opening Saltwater Fish & Chippery next door, which was later taken over by Rice Boi.

“We didn’t think it would be as crazy as it was,” Mitch agrees. “We were a shag on a rock but we had faith and confidence in what we could do.

“We opened the Dive Bar upstairs, but the kitchen struggled to keep up with the volume so Saltwater was consumed to open the beer garden and expand the kitchen.” That was in December 2019 when they also opened Spero, inspired by Mitch and Elyza’s time in Greece.

Described by Elyza as the quiet achiever that hums away in the background, it’s popular for weddings and corporate events with Spero Head Chef Justin Fitzpatrick producing a new menu each season as well as favourites such as saganaki, dips, lamb shoulder and lots of baklava, all made inhouse.

Mitch said Spero had a different feel from the start. “It’s not as fast-paced as Rice Boi but still has a street food vibe that fuses modern Greek with traditional flavours,” he said.

Not even Covid could slow the Rice Boi beast with the team switching to takeaway during lockdown and once again were overwhelmed with support.

With Nick Blake appointed as Rice Boi’s Head Chef, it wasn’t long before Mitch, Tony and Elyza started cooking up their next project.

A trip to Japan consummated the concept for Giddy Geisha. Named after a popular Rice Boi cocktail and with a décor that features photos from the trip, Giddy Geisha offered the chance to build on the success of its big brother.

“Rice Boi is a unicorn,” Tony said. “And we don’t want to kill the unicorn so it’s all about respect. It’s the diamond and we’ve put a lot of time and effort into it – and there’s still more to come.”

Opening in early 2021 with 120 seats, Giddy Geisha became a neighbour to Market Bistro and Market Wine Store that Tony had opened a month earlier in the emerging Maroochydore CBD.

For Mitch, Giddy Geisha allowed him to unleash new recipes and dishes and develop more of a Korean-Japanse fusion. He has recently transitioned Jody Fischer into the kitchen as Head Chef.

“The dishes at Rice Boi are loved across the board and it’s at the point where we can’t really take anything off the menu. The Coconut Beef Curry is the most popular and when we first started, people referred to it as “Crack Curry” because it was so addictive. I never thought you’d sell so much of one dish.

“At Giddy Geisha, the raw dishes such as Kingfish Sashimi go really well as does the Ramen and the Lamb Rendang.”

Homage is paid to Rice Boi’s Coconut Beef Curry in the form of a spring roll.

Elyza said Giddy Geisha also hadn’t slowed since opening and swiftly developed its own tribe without impacting any of Rice Boi’s following.

The opportunity to own their own site at Palmwoods saw the birth of Piggyback. And while it has its own personality, it is literally piggybacking off the success of Rice Boi and Giddy Geisha.

“I was nervous about Piggyback but when I did a site visit, I got that good feeling in my gut,” Elyza said. “We were not prepared for the response when we opened. We did more revenue in three days than in Giddy Geisha’s opening week – and that had already smashed Rice Boi’s opening numbers.

“I remember Tony coming in and telling me we had to close because we ran out of food and I burst into tears. It was a massive decision. Three days into opening a restaurant – it was a tidal wave of emotions.”

Mitch said the tropical gardens set the feel for the food at Piggyback to be more of a relaxed, Balinese style.

“Every venue we open allows us to learn and trial something new,” he said. “We don’t want the same dishes on every menu so at Piggyback, it’s about Malay and Thai-style skewers; Kingfish; and the curries have their own flavours.

“Piggyback was one of the hardest openings due to the overwhelming response. We had a small team and it was like nothing we had seen. Johnno Burgess is now settled in as Head Chef and the popularity continues.”

Tony said it was amazing how the locals rallied behind the brands.

“I feel that Rice Boi belongs to the Sunshine Coast locals more than it belongs to us as a group,” he said.

“A Rice Boi customer brings in kaffir lime leaves and the Palmwoods locals bring goodies to Piggyback, including one guy who traded a large bag of lychees for our satay recipe,” he said.

Tony said they took a common idea for each venue and morphed it into reality.

“With Rice Boi, the idea was beer and curry; for Giddy Geisha we wanted a fire component (cooking over Japanese charcoal) and a bigger cocktail list; and then for Piggyback, we took our ideas from Rice Boi and Giddy Geisha and combined those elements into a hinterland setting. Spero is all about a taste of Corfu,” he said. “Each venue is independent and family-owned, we are not a chain, there will never be multiples of each venue. We are all about local.”

“I thought Giddy Geisha was my best cocktail list so Piggyback was more challenging,” she said. “I reflected on Indonesian bars and it’s all about big garnishes so that’s what I tried to channel and I always work off Mitch’s menu to see what matches.”

Mitch said they were cooking for the people, including for dietary needs.

“I have very capable Head Chefs but I still like to be in the trenches. There’s a lot of value working on new dishes together and allowing them to be creative and express their talents.

While staffing is a challenge, the group has flexibility to share resources and offer opportunity for growth.

“There is a lot of structure so that the pressure isn’t just on one person and we’re always looking for people to be trained up,” Mitch said. “Our team has full visibility on the dollars and it gives them pride and ownership and prepares them for their own future.

“The key things are consistency, quality control, training and price point. We save on table service so the dishes are affordable. Everything goes into the flavour to make it memorable.

“So long as the appetite is there, we’ll keep growing.”

Elyza said the most surprising thing was Rice Boi not slowing down.

“Asian food has been on trend for so long but it feels like Rice Boi has a cult following. You have to stay humble, mop the floors and shake the cocktails with the crew because at the end of the day, they keep turning up for us.”

Elyza said the three of them were just happy to open a little restaurant and pull a wage.

“And now we have more than 200 staff; hundreds of seats and thousands of customers eating food out of our kitchens every week,” she said. “It’s an amazing thing to be part of. We opened on our arses and here we are. It’s awesome.”

Watch this space to see what this tasty trio are cooking up next! Degrees of Greatness with Daniel Dobra Leaders of Luxury at ikatan Spa 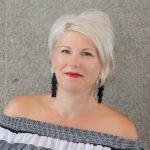