There was a time when I thought 40 was old. Ahhh, those were the days. The Bentleys 40 Under 40 exhibition at the Butter Factory Arts Centre in Cooroy was brimming with younger ‘me’s’.

The official website says that the aim of the exhibition is to promote and showcase to the community a diverse range of young and emerging artists from Noosa and the Sunshine Coast. But it was (and hopefully, continues to be) more than that.

In the exceptionally capable hands of artist and curator, Amanda Bennetts, The Bentleys 40 Under 40 is an unfettered celebration of creativity, new ideas, courage and conviction, all packaged conveniently together as an ensemble of younger voices so old people like me don’t have to hang out at bars and roller discos to be exposed to this kind of talent in a way that makes me look creepy.

It’s a fantastic thing that Bentleys, the Butter Factory and the other supporters are doing. Aside from the fact that the exhibition was stacked with exciting and energised work from the next crop of artists we are lucky enough to have living here in Noosa and on the Sunshine Coast, it’s vital that these emerging artists are supported and celebrated so that we all get to enjoy arts and cultural experiences into the future (God knows the Government’s unlikely to do it!).

This, the third iteration of the event, gave visitors ambitiously scaled canvases full of verve and rebellion; films and photographs that reminded those that still need to be reminded that gender and identity isn’t anyone’s business but that of those that it belongs to; mirrored spaces that dissolved the distinction between one artist’s project and another’s; and even an NFT or non-fungible token (is that enough information to convince you that I know what this actually is? It’s got something to do with blockchain – go ask your seven-year-old niece!).

There were too many artists involved in this exhibition for me to name them all – 40 in fact, as the name might suggest. The overall prize was taken out by Ebony Busk with her intimate yet gritty portraits of people from her circle, particularly. They’re introspective, caught in candid moments, and speak to the identity of the person beneath the outward symbols of a public constructed persona.

The runner-up and highly commended works were also well deserving amidst a super strong collection of diverse expressions of individual vision and bursting creativity.

The NFT by Jordyn Burnett was amongst these prize winners; selected by yours truly – it really was a compelling little work. I wonder if that means she gets paid in bitcoin?

Publishers of this magazine got behind the initiative with the promise of a feature story on the overall winner and runner-up so keep an eye out in future editions of IN Noosa Magazine and Hello Sunshine Magazine.

In the celebratory style that has come to sum up the exuberance and excitement of this annual event, an epic closing party brought this community of creatives and their supporters together to raise a glass to another successful project and congratulate those who won.

I know it’s an old person cliché kind of thing to say, but really, we’re all winners with this event in our neighbourhood. 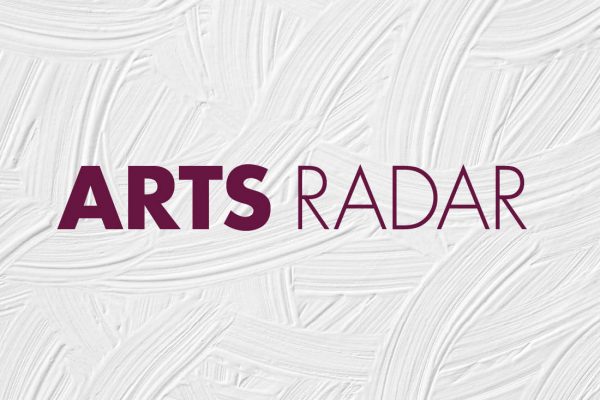 About the Author / Michael Brennan

Director of Noosa Regional Gallery and described as an ‘accidental curator’ this prize-winning painter and sculptor has moved from creating works to curating them. It all began when he opened The Trocadero Art Space in Footscray in an effort to build an arts community in the area and 14 years later it is still standing we are lucky to have him taking the arts to a whole new level in our region.